scroll down for contents

ON NOVEMBER 9, 1923, at 12.30 in the afternoon, in front of the Feldherrnhalle as well as in the courtyard of the former War Ministry, the following men fell, with loyal faith in the resurrection of their people: 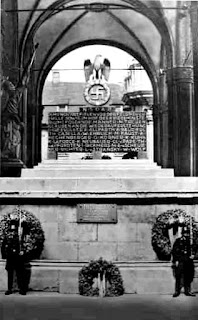 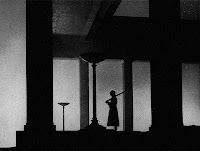 The national authorities denied these dead heroes a common grave.
Therefore I dedicate to them, for common memory, the first volume of this work.
As its blood witnesses, may they shine forever, a glowing example to the followers of our movement.
And
I want also to reckon among them that man, who, as one of
the best, by words and by thoughts and finally by deeds,
dedicated his life to the awakening of his, of our nation: 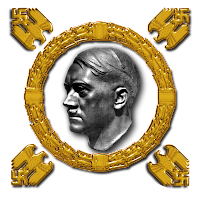 
ON APRIL 1st, 1924, I began to serve my sentence of detention in the Fortress of Landsberg am Lech, following the verdict of the Munich People's Court of that time.
After years of uninterrupted labour it was now possible for the first time to begin a work which many had asked for and which I myself felt would be profitable for the Movement.
So I decided to devote two volumes to a description not only of the aims of our Movement but also of its development.
There is more to be learned from this than from any purely doctrinaire treatise.
In this work I turn not to strangers but to those followers of the Movement whose hearts belong to it, and who wish to study it more profoundly.
I know that fewer people are won over by the written word than by the spoken word, and that every great movement on this earth owes its growth to great speakers and not to great writers, nevertheless, in order to produce more equality and uniformity in the defence of any doctrine, its fundamental principles must be committed to writing.
May these two volumes therefore serve as the building stones which I contribute to the joint work.

I: Hitler was born at Braunau-on-the-Inn, in Austria on the German border.
His favourite book was a history of the Franco-German War.
Hitler's father wanted him to become a Government official, but Hitler believed he had a talent for drawing.
Hitler led the class in geography and history, and became an ardent 'German Nationalist'.
Hitler's father, and then his beloved mother died, so he left for Vienna.

II: Hitler failed to enter the Academy of Fine Arts.
The iniquitous social conditions taught Hitler that fundamental changes in German economic and cultural life were needed.
Hitler worked as a labourer and studied music and architecture.
He saw the Social Democrats as unsound, insincere and dominated by Jews.
He also realised that should the Jew, with his Marxism, triumph then human life on this planet would cease.
In opposing the Jew Hitler believed he was doing God's will.

III: Hitler had admired Parliament, but realised that democracy produced filth and lies.
The aim of human existence is not the maintenance of a State, but the conservation of the race.

IV: Hitler came to Munich to study German art.
Germany's population is growing by 900,000 souls each year.
Hitler believed that Germany must obtain the support of England and expand German territory in Europe.
The State is not an economic institution.
The Jews form a State within the State.
Tolerant Aryans accept Judaism because they think it is a religion, but Mosaic Law is the doctrine of the preservation of the Jewish race.

V: The war of 1914 was inevitable.
Ideas or philosophies, whether true or not, cannot be broken by force, unless it is accompanied by a new Weltanschauung (world-view), or if one can ruthlessly exterminate their last upholders.

VI: Marxists were masters of propaganda.
Propaganda must appeal to the stupid masses, not for education but to create a conviction regarding the reality of a certain fact.
It must be confined to a few bare essentials, expressed in persistently repeated formulas.

VII: At Ypres the British attacked with gas, and Hitler was temporarily blinded.
Later, at Passewalk, he received a vision revealing to him that he was to save the Fatherland.

VIII: Back in Munich after the Armistice, Feder explained the dangerous link between stock-exchange capital and loan payments.
Hitler realised that the Aryan race has to fight for the maintenance of its racial stock, the freedom and independence of the Fatherland
IX: Hitler joined the 'The German Workers Party'.

X: Man must realize that a fundamental law of necessity reigns throughout all Nature and that his existence is subject to the law of eternal struggle and strife.
The government could not even fight against syphilis and prostitution.
German art and architecture have been debased and German religion disrespected.
Parliamentary democracy means half-measures.
All because Germany has ignored the racial problem.

XI: Racial mixing leads to failure in nature.
Where Aryans are pure, they lead all science and culture.
Pacifism may be possible after Germany rules the world.
Everything not of sound racial stock is chaff.
All history is a manifestation of the instinct of racial self-preservation, whether for weal or woe.
The Jews have no civilization, and preserve themselves only by leeching on others.
The Jew is the incarnation of Satan, and the symbol of evil.
Jews brought negroes to bastardize the white race.
Loss of racial purity degrades men for all time.

XII: Hitler became convinced that the masses must be nationalized, by ruthless and devoted insistence, destroying the enemy that opposes them.
The National Socialist movement must have one leader only.
The Party renamed itself 'The National Socialist German Workers Party' and, from a tiny beginning, soon had thousands of followers
A fire was enkindled from whose glowing heat the sword would be fashioned which would restore freedom to the German Siegfried.

A BRIEF BIOGRAPHY OF ADOLF HITLER


VOLUME ONE - A Reckoning

VOLUME 1 - CHAPTER 1
In The House Of My Parents

VOLUME 1 - CHAPTER 2
Years of Study and Suffering in Vienna

VOLUME 1 - CHAPTER 8
The Beginning of My Political Activities

VOLUME 2 - CHAPTER 3
CITIZENS AND SUBJECTS OF THE STATE

VOLUME 2 - CHAPTER 6
THE FIRST PERIOD OF OUR STRUGGLE

VOLUME 2 - CHAPTER 7
THE CONFLICT WITH THE RED FORCES

VOLUME 2 - CHAPTER 10
THE MASK OF FEDERALISM

Volume 2 CHAPTER 15
THE RIGHT TO SELF DEFENCE 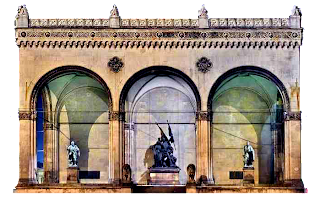 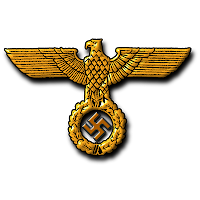 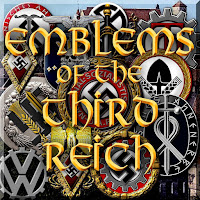 Features an exhaustive and beautifully rendered set of Third Reich emblems, badges, flags and regalia by the renowned heraldic artist Peter Crawford - and also includes brief notes on the various groups and organisations, and additional contemporary photos and posters. A 'must see' for all those interested in this period of history, and/or heraldic and graphic art.

EMBLEMS OF THE THIRD REICH

Please note that this title is still under development.

IMPORTANT - this blog is not intended to approve, condone or encourage any of the beliefs and/or ideologies described therein. 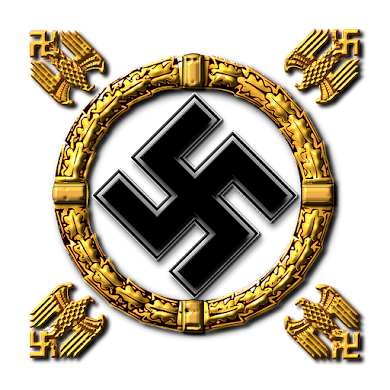 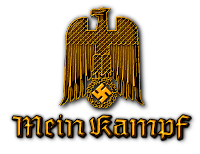 A BRIEF BIOGRAPHY OF ADOLF HITLER

VOLUME ONE - A Reckoning

In The House Of My Parents

Years of Study and Suffering in Vienna

General Political Considerations Based on My Vienna Period

The Beginning of My Political Activities

WHY THE SECOND REICH COLLAPSED

CITIZENS AND SUBJECTS OF THE STATE

PERSONALITY AND THE IDEAL OF

THE FIRST PERIOD OF OUR STRUGGLE

THE CONFLICT WITH THE RED FORCES

THE STRONG MAN IS MIGHTIEST ALONE

BASIC IDEAS REGARDING THE MEANING ND ORGANISATION OF THE SA

THE MASK OF FEDERALISM

THE RIGHT TO SELF DEFENCE

please note: this blog is not intended to approve, condone or encourage any of the beliefs and/or ideologies described herein.

THE GREATEST ART BLOG on the NET

including work by 'Zac' 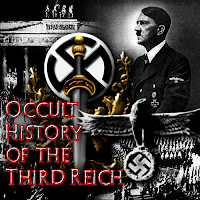 OF THE THIRD REICH 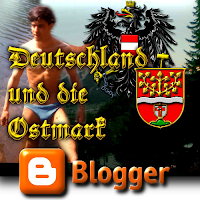 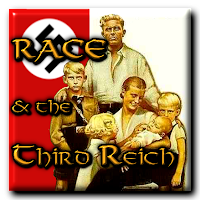 RACE AND THE THIRD REICH

click below for everything you want to know about

Click below for all you want to know about

WAGNER and his MUSIC 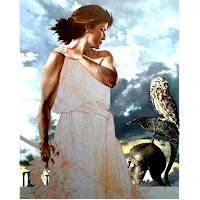